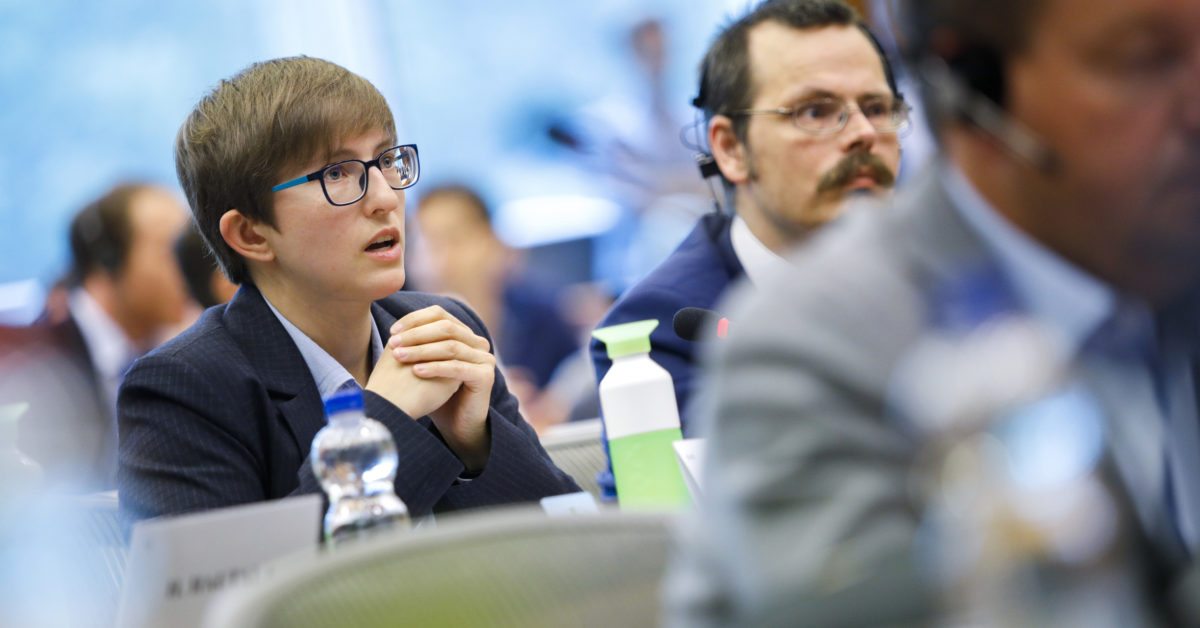 EU lawmakers will have a month to re-craft complicated digital rules with a massive impact on the future of the internet.

The European Parliament voted Thursday to take the EU’s proposed overhaul of online copyright rules back to the drawing board, reopening talks on a controversial law that affects media, creative industries and internet giants.

If Europe’s copyright rules got enforced, Silicon Valley giants would be saddled overnight with vast new responsibilities to monitor almost every piece of content uploaded onto their platforms for potential copyright infringements. The duties — which would apply in Europe, but have ripple effects around the world — would be costly, and would empower empower license-holders ranging from publishers to media companies, which are locked in a global standoff against platforms for control of online revenue.

The tech companies won a major reprieve in the battle.

But the rejection, which was the result of a rarely invoked Parliament procedure, does not mean the copyright bill is dead. It just gives Parliament’s 751 lawmakers a chance to write the rules as they please come September, when negotiations start all over again.

Now we have a chance to remove these concerns, and create copyright rules that are fit for our digital society” — Marietje Schaake, Dutch MEP

Politically speaking, the move handed a victory to Europe’s fringe parties on the right and left, and was a major defeat for conservative German MEP Axel Voss, the bill’s rapporteur, as well as publishing and creative industry lobbies and the European Commission, which originally made the proposals.

German Greens MEP Julia Reda, who is rounding out her final term in Parliament, rallied the support needed to knock the bill down after an intensive lobbying effort.

She got some high-profile backing from celebrities including British comedian Stephen Fry and author Neil Gaiman, as well as plenty of help from internet rights groups.

Opponents to the changes argued that the rules could lead to widespread “censorship” via the use of technologies that would automatically detect and block copyright infringements when users upload content to platforms, and even kill the “meme” — a point the other camp fiercely disputed.

“The European Parliament [has] given a clear sign that the current text is not balanced and that we have to remove the upload filters,” Reda told POLITICO.

In the end, the dispute focused on two contentious points in a draft shepherded by Voss.

One would have bolstered media publishers’ negotiating powers with news aggregators like Google News. Another would help musicians, artists and creatives posting their content online to get fairer compensation for their work, thanks to tougher monitoring of copyright infringements.

Fierce lobbying drilled down on the two points in the months before the vote. Both camps deluged lawmakers with online petitions, email campaigns and tweets warning citizens of the law’s potential damage to their individual rights.

“Thousands of Dutch citizens expressed their concern to me about the current proposals. Now we have a chance to remove these concerns, and create copyright rules that are fit for our digital society,” said Dutch Liberal MEP Marietje Schaake, who campaigned vehemently within her group against the proposal.

Voss, who labored for months to win consensus inside Parliament’s Legal Affairs Committee, voiced regret over a bill he said was designed to help protect media and the creative sector’s negotiating power in an increasingly digitalized world.

“We regret that the European Parliament has rejected the mandate for the negotiations with the member states as it could have been a real step further in establishing a legal certainty between the copyright holders and users on the internet,” he said in a statement.

This wasn’t what the European Commission hoped for when it pitched a proposal conceived to strengthen the music and creative industry, as well as media publishers, in negotiations where they square off against internet giants.

To draft its proposal, the Commission formed a special “copyright club,” including senior members of European Commission President Jean-Claude Juncker’s Cabinet, Digital Vice President Andrus Ansip and the digital commissioner at the time, Günther Oettinger, to craft the proposal in a politically sensitive manner.

They wanted to give creative industries a helping hand, without rocking the boat too much. Oettinger, a German conservative loyal to Chancellor Angela Merkel’s CDU, worked hard to win support from his government on the file.

But lobbyists got the upper hand, by making the story about censorship and the supposed death of “memes” — themes that resonate more widely with citizens.

All the major parliamentary groups ended up being split, including the European People’s Party, which had initially been united in its support of the Legal Affairs Committee’s proposal and the rapporteur Voss.

Last-minute lobbying may have contributed to the switch. A German letter from a number of senior Christian Democratic Union officials sent around the previous night may have pushed the European People’s Party more in the direction of voting against the mandate.

Despite today’s decision, it’s still not clear how the Parliament’s position will actually look.

MEPs will have a month to file amendments to the proposal. A new vote is likely to take place in September.

It remains to be seen how much lawmakers will be able to change the current text, given its extremely technical nature and the fact that the discussions will be taking place in the middle of August when most lawmakers take time off.

“I regret the vote but the battle continues” — Marc Joulaud, French MEP

One thing is certain: The already heated lobbying fight will likely ramp up even further ahead of the September vote.

The creative lobby and the rapporteur have vowed to work hard to regain favor in the European Parliament.

Creative sectors are expected to lean on the national support of powerful countries, like France and Spain, as they look to coax MEPs back to their side.